MURS, or the Multi-Use Radio Service band is part of the PRS, or Personal Radio Service bands, as outlined by 47 CFR Part 95J of the FCC (Federal Communications Commission), which regulates and makes rules for the use of all RF (Radio Frequency) radio spectrum in the United States. The band is usable for personal or business two-way radio communications with up to 2 Watts of power, and MURS radios are used by individual preppers, families, Neighborhood Watch groups, businesses, CERT and other organizations. 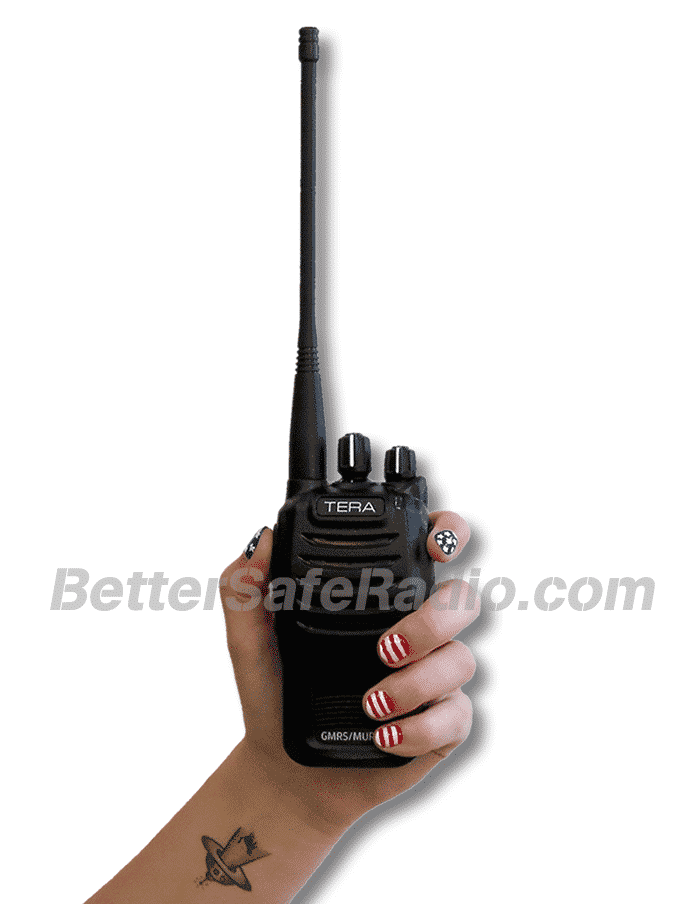 The MURS band consists of 5 MURS frequencies which were previously part of the Business Band, known formally as LMR (Land Mobile Radio service), and two of which were known as the “Color Dot’ frequencies (Blue Dot & Green Dot). Transmitting on MURS channels does NOT require a license and can be used by any US citizen of any age, so it’s great for the entire family. There are some businesses that still operate “grandfathered” licenses to operate their business on the MURS frequencies, so in some areas, you may hear the occasional drive-thru window or superstore on a specific channel. All users must share these frequencies and not cause interference to each other.

Being in the VHF band between 151 & 154 MHz (megahertz), MURS is particularly useful for rural and outdoor settings because these lower frequencies have a tendency to “bend” around hills and penetrate through trees and foliage when higher UHF frequencies would otherwise be absorbed and fall off. On the same token, MURS usually doesn’t do as well in indoor and urban settings because the VHF waves tend to be absorbed more by walls and obstructions, and don’t bounce around to reach their destination like UHF waves. This is why we recommend that your EmComm radio capabilities include both VHF MURS and UHF GMRS (and Ham if you are licensed), keeping you safe and in contact in just about any setting.

Unlike the FRS (Family Radio Service) Band, which most people use with cheap, throw-away blister-pack or bubble-pack radios with fixed antennas and very low power limits (0.5 Watts), MURS allows external antennas and up 2 Watts of power for handheld “HT” or “Walkie-Talkie” radios, greatly increasing your potential operating range. As well, because the MURS Band stands alone and doesn’t overlap another band like GMRS does with FRS, it’s still largely unused. Even though there are only 5 channels to choose from, you can almost always find a clear one to use, making a MURS radio a great choice for serious recreational, prepper or SHTF emergency communications.

We’ll be providing much more information about this band soon as it’s one of the most underused services available for EmComm (Emergency Communications)!