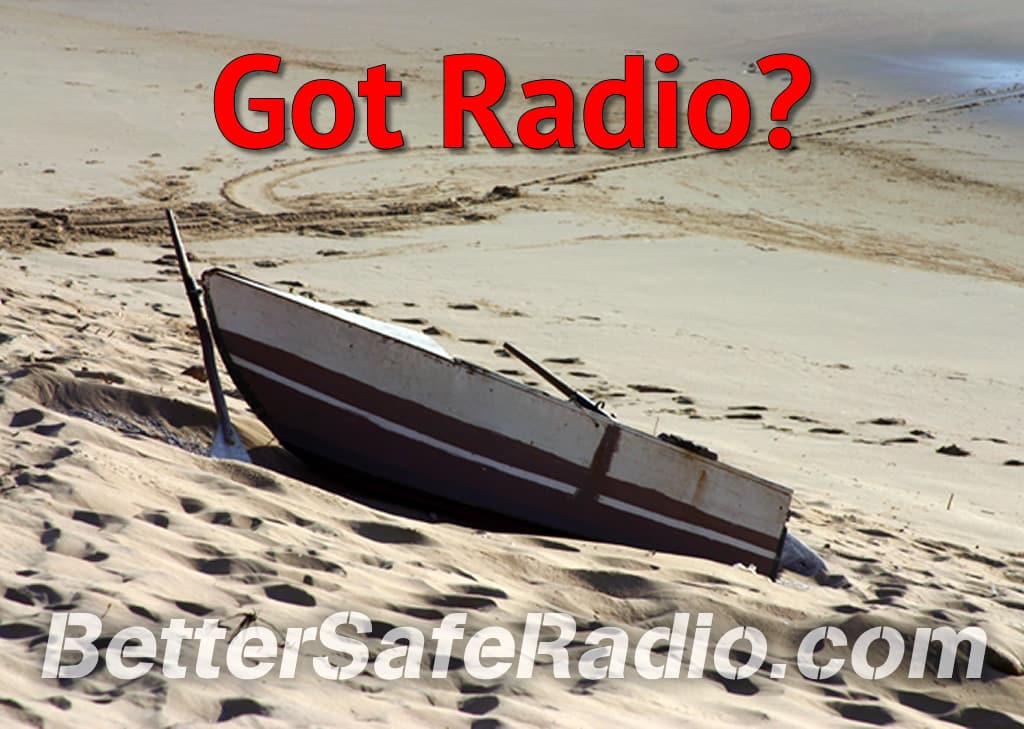 Most people today take our modern communications system for granted and don’t realize that during a major “Act of God” like a natural disaster, civil unrest or the loss of the rule of law, which some refer to as a SHTF event (when the $hit Hits The Fan), or even what some speculate is a very real possibility in the modern age of warfare, an EMP (Electro-Magnetic Pulse) blast, these systems that we’ve come to rely on such as your cell/mobile phone, your home telephone and the Internet may become unreliable, or even completely inoperable. In fact, it wouldn’t even take a major disaster to disrupt your ability to get help – it could be something as simple as the power going out due to excessive heat or a strong solar flare, which has happened in the past, and that’s when you need an EmComm solution.

As well, you never know where you’ll be when disaster strikes – maybe on vacation, camping, in a high-rise building, visiting friends out of town, on a boat or just enjoying the countryside. In all of these locations, if you were stranded or needed help and the traditional lines of communication were unavailable, you would have perhaps 3 options:

Or, you can be one of a select but growing population that recognize the importance of having a portable, commercial-grade, battery-operated communications device in situations like these, and which could make the difference between life & death for you, a family member, neighbor or associate. The most popular and effective gear for providing such is a handheld two-way radio (see our selection of SHTF Radios), sometimes also referred to as a walkie-talkie, although some people incorrectly consider that term to denote cheap, toy-like devices such as an FRS radio that you might get from your local superstore, or the toy walkie-talkies you might have owned as a kid. Ham radio operators call a portable two-way radio an HT, which stands for Handy-Talkie or Handheld Transceiver.

A two-way radio, whether it be a handheld, mobile (auto, truck, motorcycle or RV, etc.) or base station, is a radio that can both receive signals and transmit signals (called a transceiver), unlike a scanner, which is just a receiver – our radios all have a scanning capability as well, so they double as scanners and emergency personal, business or ham radios.

Survivalists, homesteaders and SHTF preppers already know the importance of being better safe than sorry and it’s likely that they already own some form handheld radio, if not several stashed in various locations like their car, their BOB (bug-out-bag), and their home emergency kit. Serious preppers usually have a more hardcore SHTF kit with everything they would need for survival during “apocalyptic” times. These radios are simple to use, but beware that not all 2-way radios are suitable for EmComm use, and that’s what we hope we can teach you about here at BetterSafeRadio.

In this section of the site, we’ll be posting a wealth of information about emergency radio communications, including everything you need to know about the various PRS (Personal Radio Service) radio operating bands such as GMRS (General Mobile Radio Service), MURS (Multi-Use Radio Service), FRS (Family Radio Service) and CB (Citizen’s Band), and which ones you should consider for your EmComm and emergency radio communications. We also recommend various quality Part 90 LMR superheterodyne dual-band radios that cover both VHF (Very High Frequency) and UHF (Ultra High Frequency) parts of the radio spectrum.

Finally, we’ll discuss the licensing requirements, operating modes, utilizing Ham or Amateur Radio as an alternative to using the PRS bands for emergency comms, other general information about EmComm, and how important we think it is that everyone hope for the best, but prepare for the worst.

Stay on frequency by visiting often or signing up for our QST email news (below) and we’ll let you know when we add new articles or emergency radio gear.