FRS, or the Family Radio Service band is part of the PRS, or Personal Radio Service bands, as outlined by 47 CFR Part 95B of the FCC (Federal Communications Commission), which regulates and makes rules for the use of all RF (Radio Frequency) radio spectrum in the United States. The band is usable for personal or business two-way radio communications, and is used by individual preppers, families, community groups, and even some businesses, and are often used for recreation, sports and everyday family and business communications. FRS is more commonly used by kids as a toy, usually with cheap, essentially throw-away blister-pack or bubble-pack FRS walkie-talkies, and is considered more of a consumer band as compared to GMRS. 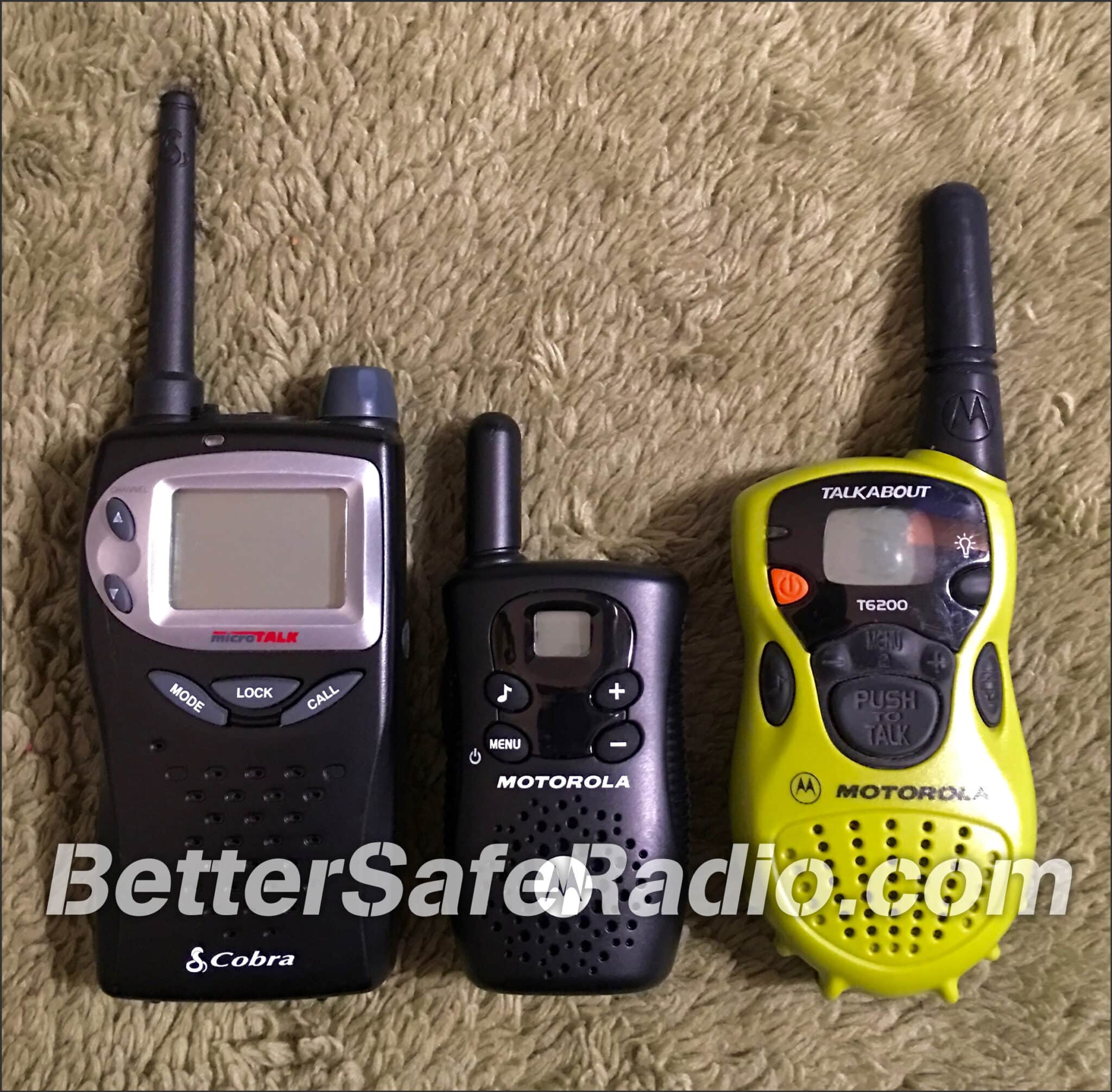 After recent FCC revisions of the PRS rules, the FRS service consists of 22 FRS frequencies, all of which are now shared with the GMRS (General Mobile Radio Service) band. Transmitting on FRS channels does not require an FCC license, but there are restrictions on which radios you can use on the service, as outlined below.

Being in the UHF band between 462 & 467 MHz (megahertz), FRS is particularly useful for indoor and urban settings, because these higher frequencies have a tendency to reflect and bounce around between obstructions, and thus reach their destination when lower VHF frequencies would otherwise be absorbed and fall off. On the same token, FRS usually doesn’t do as well in rural, outdoor settings because the UHF waves tend to be absorbed more by trees and foliage, and don’t “bend” over hills as well as lower frequencies. This is why we recommend that your EmComm radio capabilities include both UHF GMRS and VHF MURS (and Ham if you are licensed), keeping you safe and in contact in just about any setting. We don’t recommend using FRS or hybrid FRS/GMRS radios except for casual family use (like around your home or yard).

While FRS radios are still useful for short-range non-critical communications, because they are a low-end consumer-based service, the FRS channels can become crowded at times and we do not recommend them for serious recreational, business, prepper or SHTF emergency communications, even though FRS Channel 3 has been unofficially designated as an emergency channel.

We’ll be providing more information about this band soon.